An abandoned net was removed from the mouth of Berlayar Creek. 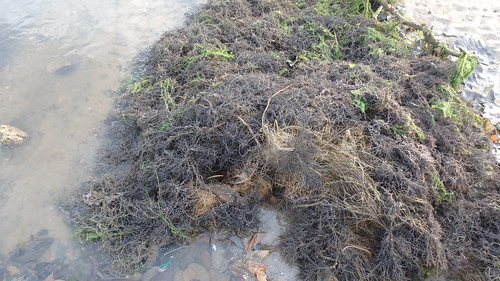 Two large horseshoe crabs that were trapped in it were released alive.


At the mouth of Berlayar Creek, there was a large pile of abandoned fish nets that was overgrown with seaweeds. Alas, two large coastal horseshe crabs were stuck in it. 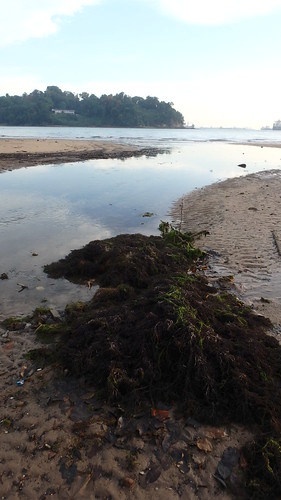 The larger horseshoe crab was about 20cm in diameter. 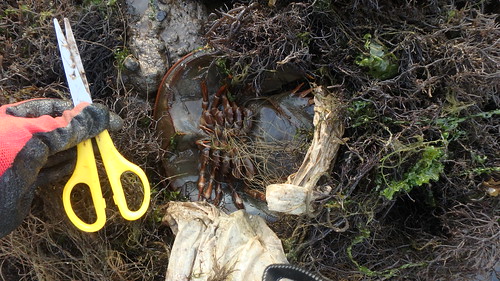 The other one was smalller. The horseshoe crabs were still alive and did not seem too entangled in it. With a few snips of the scissors, they were quickly released and put into the water nearby. They seem to be a pair of male and female and were alright. 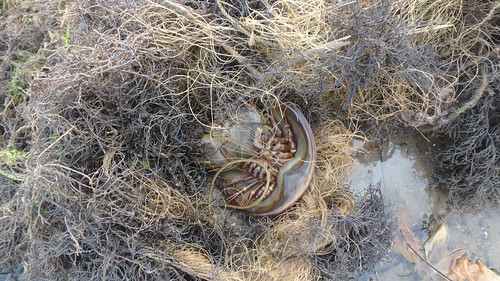 We removed the net that the horseshoe crabs were stuck in. There was another net that was semiburied and seemed older, the netting broke easily when we pulled it. We removed as much of the net as we could. 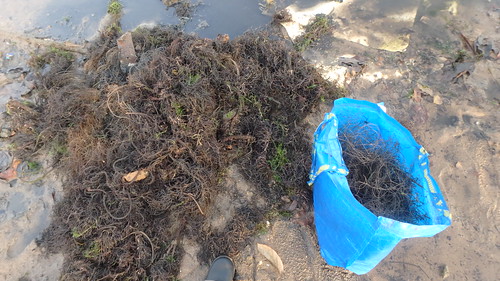 Sadly, we often see abandoned nets on Berlayar Creek. Let's hope this shore stays safe until we can visit it again.
Posted by Ria Tan at 7:30 PM

latest on other efforts for Singapore's shores